Skip to content
THE 4 CUPS OF… MILK?
So what does it mean when we say that a person possesses a “Yiddishe Cup” (defined as a “Jewish head” or “Jewish way of thinking“)[1]? The following story on the four Seder cups can fill us up with a truly liberating lesson on this always timely topic. A woman once approached Rabbi Soloveitchik of Brisk with a strange question[2]. She wanted to know whether someone could use milk instead of wine for the four cups at the Seder, since she simply couldn’t afford the wine. He responded by giving her an especially large amount of money. One of the Rabbi’s students asked him, “I understand you gave her money because she can’t afford the wine, but why so much?” The Rabbi explained, “If she wants to drink milk at the Seder, it is obvious she has no meat for Pesach” (since the laws of kashrut forbid the mixing of milk and meat). “So I gave her enough to buy both wine and meat for the entire holiday.”

The question is, for those who frequently engage in the art of careful, calculated reasoning, how will their analytical power translate into human interactions? Will it lead them to respond to another person’s plight with COLD, unfeeling intellectualism, or will it guide them to find resourceful ways of WARMING to the task? 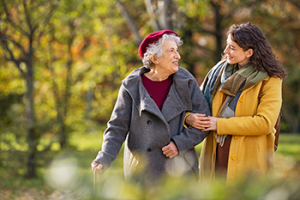 THE WISE SON & “WARM” REASONING
In my humble opinion, this story paints a priceless portrait of what it means to be the Wise Son. The Rabbi in this story is known to have been a great Jewish scholar, who gained a masterful mental dexterity through his immersion in Talmudic thinking. The Talmud is famous — among many other things — for beckoning its explorers to recognize subtleties and fine distinctions, engage in solid logical deductions, and thereby attune themselves not only to what is being said, but even to what is not being said. The question is, for those who frequently engage in the art of careful, calculated reasoning, how will their analytical power translate into human interactions? Will it lead them to respond to another person’s plight with COLD, unfeeling intellectualism, or will it guide them to find resourceful ways of WARMING to the task?
THINKING OUTSIDE THE VOICE BOX
Our well-rounded Rabbi of Brisk has elegantly pointed us down the path that true wisdom should lead us to follow. Delving into the depths of Torah and its Talmudic waters can elevate us in an infinite number of ways. But among the top priorities of its refining power is that it can teach us to hear what people are truly saying behind their words — thereby enabling the listener to discern the speaker’s true needs and respond accordingly with acts of compassion. When wisdom is used in the service of kindness, then a primary goal of wisdom is achieved. When the mind passes its knowledge through the channels of the heart, then a primary goal of humanity is achieved. In light of these concepts, we are now equipped to address our original query: who is the one with the true “Yiddishe Cup”? It is the one who uses his or her chachmah (wisdom) for the end goal of chesed (kindness)!
1 Note from 1st sentence: a “Jewish way of thinking” does not necessarily imply that every Jew thinks this way (nor that Jews have a complete monopoly on thinking this way)!
2 This story is generally attributed to Rabbi Yosef Dov Soloveitchik, but some have attributed it to his son, Rabbi Chaim Soloveitchik. Additionally, there are a few versions of this story, but with only subtle, minor differences amongst them.

Archives
Categories
X
We use cookies to ensure that we give you the best experience on our website. If you continue to use this site we will assume that you are happy with it.Ok